Different Types of Vitamins and Their Functions

Regardless of your dietary habits, you may be deficient in one or more vitamins and minerals. You can take a multivitamin to ensure that all of the necessary vitamins are present in your diet. However, this is not an effective way to meet the vitamin needs of everyone.

Different people need different types of vitamins at different times during their lives due to differences in metabolism, activity levels, gender, and age among other factors.

Read on for information about the various types of vitamins available as well as what they do for your body!

Vitamin A, a fat-soluble vitamin, is essential for the sustenance of sight and healthy skin. It also promotes the normal development and maintenance of epithelial cells which line body organs, as well as aiding with the efficient passage of food through the stomach and intestines.

There are three Vitamin A types: retinoids, carotenoids, and retinoic acids (the cosmetic ingredient, Retin-A). Carotenoids make up the largest family of compounds known as “Vitamin A”.

The other two compounds don’t have significant antioxidant activity. The easiest way to get Vitamin A is from food sources like carrots or egg yolks; they both contain high amounts of Beta-carotene which our bodies easily convert into Vitamin A.

It is vital that children who are deficient in vitamin A receive appropriate supplementation (5000 IU per day to 3000 IU), as vitamin A deficiency can result in difficulty seeing at night, blindness, or impaired vision during early periods of life.

Additionally, deficiencies may lead to more severe conditions such as keratinization disorders and respiratory tract infections.

B vitamins are a group of water-soluble vitamins that play important roles in the body. They have been shown to be essential for the release of energy from food, especially carbohydrates.

Nineteen types of B-complex vitamins exist and can be found in different foods such as vegetables, fruit nuts meat fish, and cereals (grain).

They are broken into two categories which contain either activated or non-activated versions for example Methotrexate which is a medicine used to treat cancer patients sometimes aids in the activation by preventing active folates from being recycled back into less active methylated forms.

Vitamin B1, also known as Thiamine, is a water-soluble vitamin. It helps break down fat and carbohydrate food sources to produce energy inside the body.

Vitamin B1 has many roles in the body – It is necessary for red blood cell synthesis, proper functioning of nerves and muscle tissue, preventing problems with circulation caused by blood narrowing (atherosclerosis), and promoting healthy skin.

Vitamin B1 can be found in most animal products like fish or organ meat, but many people are deficient due to consuming carbohydrate-based diets that don’t promote naturally found vitamin production.

Thiamine deficiency prompts a number of symptoms which include high levels of fatigue coupled with mental fogginess as well as weight loss.

Vitamin B2, better known as riboflavin, functions in the generation of adenosine triphosphate (ATP), and is a major cofactor for both pyruvate dehydrogenase and α-ketoglutarate dehydrogenase.

It also functions in the formation of many signaling compounds and is important for cellular metabolism.

Riboflavin functions as part of coenzymes involved in responding to oxidative stress, which may contribute to the prevention or delay process of aging.

Niacin is an essential nutrient that is found mostly in meat and plant-based products. It can be confused as a B vitamin, but it isn’t because it doesn’t have any Bs or phosphorus to it.

Niacin functions to metabolize all the other B vitamins, including vitamin b6 and vitamin b12; without Niacin your body cannot convert tryptophan into niacin which may lead to the deficiency of these two important nutrients.

This type of B-complex called nicotinic acid (properly termed ‘niacin’ when used as a supplement) has been shown to help treat high cholesterol levels.

Pantothenic acid is the generic name for vitamin B5. This molecule occurs in nature either as d-pantothenic acid, or its corresponding ions panto-, and pantothenate.

When complexed with cofactors, it has either an activating function relative to acetyl-CoA carboxylase, that produces ketogenesis from acetyl-CoA or a structural role in fatty acid synthesis and repair via reacylation of acyl CoAs (transacylases).

As these pathways are central to numerous fundamental metabolic processes, deficiency can cause many diverse symptoms and disease states.

Vitamin B6, also known as pyridoxine, is a water-soluble vitamin that participates in several essential metabolic pathways.

It has a crucial role in protein metabolism to help synthesize creatine, hemoglobin, and neurotransmitters such as serotonin.

Vitamin B6 helps the body regulate homocysteine levels, the direct precursor of an amino acid that causes artery blockages.

Vitamin B6 works in conjunction with other B vitamins. Vitamin B-6 is either used up quickly or stored in the liver and released as needed, so those who don’t eat any vitamin B-rich foods likely need a vitamin supplement.

The following have been shown to be helpful for some people: – 300 mg of pyridoxine/pyridoxal 5 times per day – 10 to 30 mg for most people, 60 to 80 mg for diabetic patients.

Those on hemodialysis may need higher doses because they lose more water-soluble vitamins than those not on hemodialysis. Too much pyridoxine can cause nerve damage; it’s important not to exceed 150 mg.

Vitamin B9 is one type of vitamin that humans need. It is known mostly by the name folic acid and its chemical abbreviation, a term derived from the Latin “folium”, which means leaf.

Vitamin B9 is complex because they have many different cell-specific functions. The body gets folic acid from an outside source such as food or supplements because our intestines cannot produce them on their own!

There are many sources of folic acid that don’t have to be fortified. Common sources include green, leafy vegetables, like kale and spinach; fruits with skin or seeds like oranges and blackberries; whole grains such as brown rice, wheat germ, and quinoa; nuts like almonds, hazelnuts, or walnuts; beans such as pinto beans, and lentils.

Folate is also found in dark-brown bread (which uses molasses instead of corn syrup as a sweetener) and in some breakfast cereals that are higher in fiber. It can also be taken in the form of supplements.

B12 is a cobalamin, which means that it contains cobalt. Cobalamin is the general term in nutritional sciences for all forms of what were once called vitamin B12.

It is a very large molecule, so it is divided into subtypes according to how they are chemically bonded, and the functional groups they contain.

The older name was used for only one form of this molecule, while now the new name – cobalamin – is used for all forms.

This keeps scientists from getting confused when conducting experiments in which they need to know which type of cobalamine they are using.

Vitamin B12 functions as a coenzyme in the synthesis of methionine and is an important means of recycling homocysteine back to methionine so active methylation reactions can be reprocessed by cells.

Vitamin C is a water-soluble vitamin, meaning that it cannot be stored by the body like fat-soluble vitamins A, D, E and K. It must therefore be ingested daily in order to maintain an adequate supply for the body’s needs.

Ascorbic acid (Vitamin C) functions as an antioxidant as well and participates in collagen production across a wide array of tissues such as blood vessels.

The recommended dietary allowance for adults is currently 75mg/day but requirements will change with age and physical activity levels.

Vitamin D is a fat-soluble vitamin that can be found in animal foods, and fortified foods, and is created by our bodies in the presence of sunlight.

Vitamin D can come from food sources or supplements like UV lamps that would mimic natural sun rays using sunlight to produce the same system of vitamin d production found in the human body.

It is also sometimes called “calciferol.” It plays a key role in regulating your body’s calcium and phosphate levels.

It’s required for healthy bone growth and maintenance. A D3 supplement is usually recommended for people who do not get enough sun exposure.

Each Vitamin D tablet may come with 200 international units (IU) of vitamin D; higher doses are typically only prescribed to people who have conditions preventing them from absorbing sufficient amounts from their diet or through sunshine.

The typical population dose ranges between 400 IU and 2000 IU daily for adults.

It defends against many diseases including cancer, type 1 diabetes, asthma, and auto-immune diseases.

The deficiency of vitamin D can lead to an increased risk for some cancers such as colon cancer or breast cancer in some cases.

Alpha and gamma-tocopherol constitute the natural form of vitamin E that is found in most Americans’ diets; meanwhile, beta- and delta-alpha tocotrienols represent artificial types of vitamin E that are usually synthetic products with 50% to 100% efficacy against alpha and gamma forms of the nutrient according to medical professionals.

The former type is also available widely as a pharmaceutical product that can be bought over-the time counter while pure gamma’s only available supplement form is through prescription by a doctor.

Beyond its well-known antioxidant function, vitamin E also serves as an important membrane lipid and a precursor to specific biologically active molecules.

Vitamin H is a type of vitamin known as biotin, and it functions in the synthesis of fatty acids.

One of the biotin’s functions in the body is as a cofactor for various enzymes and carboxylase reductases, which are important for metabolizing proteins, fats, and carbs.

Additionally, biotin can aid in weight loss efforts by helping maintain normal levels of insulin in the bloodstream while fending off any adverse effects usually brought on by high amounts of insulin such as lipogenesis and pancreatic hyperlipidosis – the creation of fat cells.

Vitamin K is one of the fat-soluble vitamins implicated as a factor in preventing heart disease since it helps maintain normal levels of blood clotting, which can reduce the risk of clots that can block the arteries.

Generally, vitamin K1 or phytonadione (vitamin K2 is very similar and functions differently) should be taken with food.

Vitamin K3 is synthetic and not natural but it has been shown to work well with certain antibiotics for the treatment of bacterial infections. 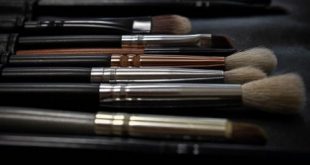 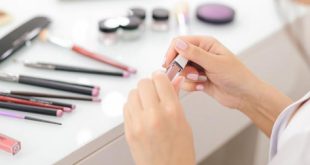 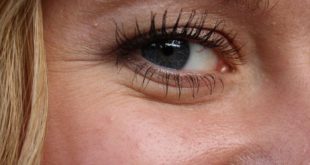 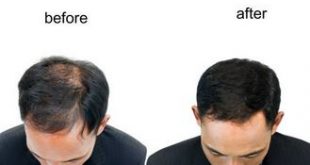 Wondering what biotin hair growth results look like? In this article, we review the effects …