Here’s a definition of Multani Mitti clay and a quick overview of its uses on skin and hair. Also, explore its name in Kannada, Tamil, and Malayalam.

What is Multani mitti clay? This is one of the herbal clays known to be absorbent. The clay is usually formed through the process of volcanic ash decomposition.

Origin: The name Multani, which is the Hindi name is known to have come from Pakistan. Multan clay is a version of the full name for the healing clay.

As part of its origin, mitti means mud or clay. Since the clay is believed to have originated in a place called Multan, it derives the name from a direct interpretation of “clay or mud from Multan.”

According to Wikipedia, the major component in this clay material is bentonite. It goes further to define Multani mitti as “any clay material that has the capability to decolorize oil or other liquids without chemical treatment.”

The name of this clay is increasingly becoming popular because of its uses as a beauty and healing clay. People from all over the world have discovered its benefits and apply its uses in at least two different ways such as the following:

The English translation of the clay, Fuller’s Earth is commonly used by North Americans and probably other people who are not from India, Pakistan, Bangladesh, and other neighboring countries. Multani Mitti in English may be called “bleaching clay” because of its properties.

Multani Mitti in English clearly represents its original meaning and translation. It annotates the use of this clay. Fuller’s is a name that comes from that of people who used to clean wool. These textile workers were called “fullers”.

Fuller’s earth has clay minerals, each in varying compositions and percentages. It is commonly found to have the following minerals:

Multani Mitti in the United States

According to mining sources, the United States, for some time, especially starting around 2005, has been the leading producer of Multani Mitti clay. Its production has been about 70 percent of that of the world’s total production.

The production and use of Fullers Earth in Hindi is not as high as many of you may expect since the second largest producer of clay in Japan. However, the United States produces this bleaching clay from volcanic ash.

For this reason, some people call fuller’s clay bentonite mud, whose properties and uses for face, hair, and other packs are almost the same as those of this herbal healing clay.

Now you know the English name of Multani mitti, and its little history and uses of the clay, let’s briefly look at the uses and benefits.

What is Multani Mitti Good For?

There are many uses of herbal clays. As we have already noted, the clay derives its name from its properties or historical uses.

Since it was used as a bleaching agent, the very first thing it is good for is bleaching. It is therefore used as a cleaning agent.

Second, you can use this pack for personal beauty care, in terms of a facial pack. Cleansing and toning of the face using this clay have been done for thousands of years.

Is it safe to eat or ingest Multani mitti clay (Fuller’s Earth)? Well, a simple answer would be Yes, it is safe to eat Multani Mitti.

However, it should be noted that Multani mitti has no nutritional value to the body. In that case, therefore, it makes no sense at all to invest in Multani mitti for consumption.

In fact, continued consumption of Multani may result in health problems such as constipation.

While it is common for pregnant mothers to develop cravings for rocky substances such as Multani mitti, it is advisable to see a medical doctor when such cravings last for more than one month. 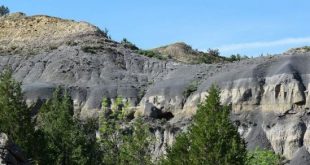 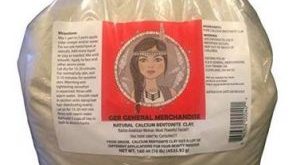 Where to Buy Bentonite Clay Near Me: Bulk, Online & Stores

If you are looking for where to buy bentonite clay near you, for ponds, detox, …