All about Lipomassage: Benefits, Side Effects, Price, Pros & Cons

Even if you play sports and have a flawless diet, the passage of time erodes the elasticity of the skin. To reshape the body, lipomassage is a non-invasive and painless technique, which stimulates the metabolism and blood circulation.

What is the lipomassage?

This technique provides control over the fat lodged in our body without surgery. The body undergoes permanent slimming without dieting and without pain.

The lipomassage, derived from Endermologie®, is the solution to the problems of cellulite, localized fat and sagging skin. In addition, of course, good lifestyle habits are necessary!

At the first appointment, the technician makes a diagnostic evaluation and then examines our skin to note, among others, its texture and circulatory problems. For reasons of hygiene and efficiency, hair from the area is removed by waxing or threading.

The technician then uses the LPG device on the target regions and patients are sometimes asked to assume certain postures to access hard-to-reach areas. The body part is separated from the fat of the muscle. It is easier to reach the trapped fat, and the action of lipomassage is faster.

The LPG device, equipped with two independent rollers which can rotate in opposite directions as needed wanted , refines and reshapes the body, including reactivating some natural skin.

Among others, the lipomassage stimulates fibroblasts which produce collagen and elastin, and the phenomenon of active lipolysis is responsible for releasing fat.

Is lipomassage for Everyone?

Skin aging is inevitable. With age and certain bad habits, our body stores fat in specific areas. Men usually struggle with localized fat on their belly and chest, and have a double chin, while women struggle to eliminate cellulite, breeches, cellulitis, and areas of overload, especially on the buttocks, hips, arms and belly.

What are the Benefits of Lipomassage?

Slimming specific areas of the body by activating the release of fat;
Sculpting skin folds and contours, while restoring the curves and smoothing the appearance of orange peel (cellulite);
Strengthening the skin and increasing its flexibility and tone by boosting the production of collagen and elastin.

During evaluation, the technician offers treatment and estimates the number of sessions required, which will be planned every month to maintain results.

Usually, results appear after six to eight sessions (one session two times a week), but this can vary depending on individual metabolism.

We notice the loss of centimeters in size, and the skin becomes softer and firmer. The body regains its shape and the silhouette is better defined. From the first treatment, the client sees a difference. Apart from inch-loss and better skin tone, there is a feeling of lightness in the body.

Find lipomassage near you

To find a practitioner trained in lipomassage, do some research on the Internet do not hesitate and ask the technician to show you their certification. When the technique is perfectly learned and applied, the results are exceptional.

What is the cost  of lipomassage? 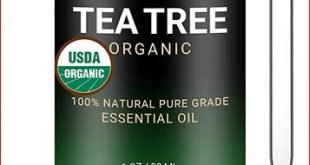